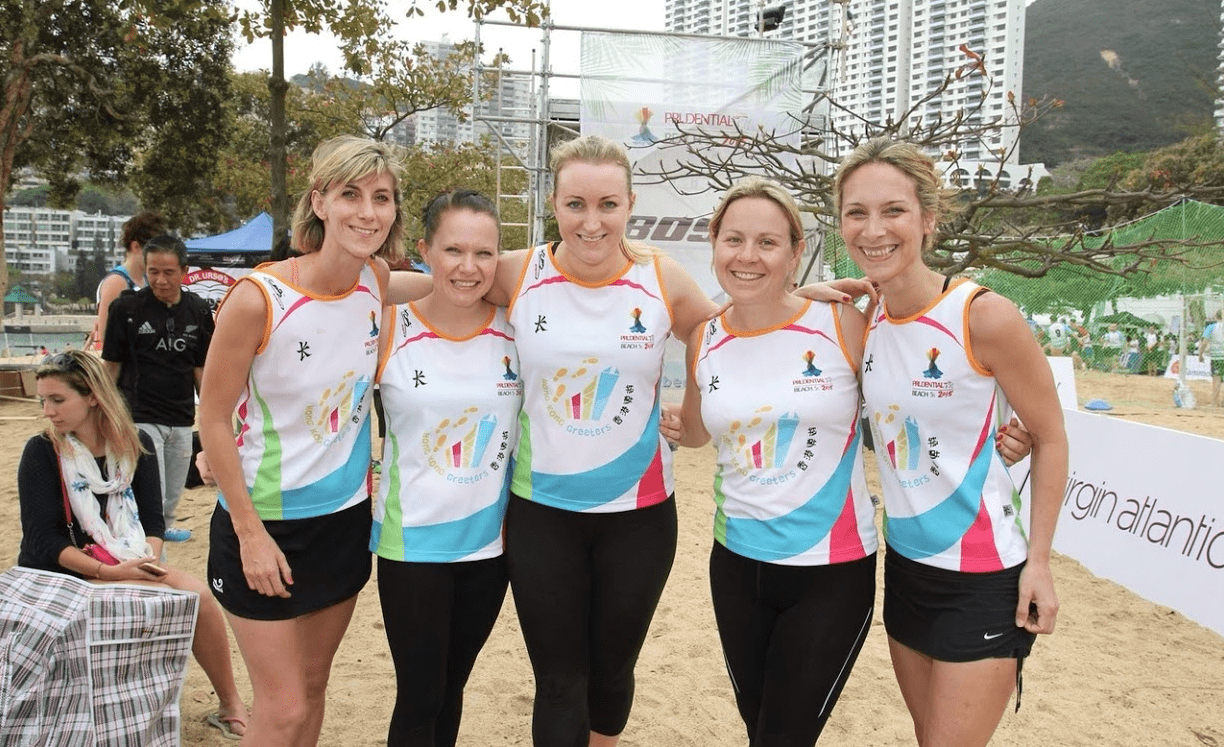 Hong Kong Beach 5’s has been an annual event since 2011.  Every year it gets bigger and better.  Held in Repulse Bay, teams of 5 compete at various sports including rugby, football, dodge ball, netball and volleyball. It’s not as famous as the Hong Kong rugby sevens or the Dragon Boat racing that takes place in June, but it’s growing in popularity.  Not only that, it’s the largest beach sport’s festival in Asia.

As a locally based company, we love being involved in local events.  This year we entered our very own netball team into the competition.  Here they are – the gorgeous Hong Kong Beach 5 Netball team representing Hong Kong Greeters.  Their kit is rather dashing don’t you think?

Well done to our team who thrashed in out in 29 degree heat and the toughest netball terrain! #HKBeach5s

They were also featured twice in the Southside Magazine… Go Girls!

You can read a little more about a tour we ran in Repulse Bay, (where the Hong Kong Beach 5’s are held), here.

Established in 1976, this growing event has evolved into possibly the biggest party in town.  The games are fast and furious, the crowd is international, ebullient and often in fancy dress.  Keep an eye on the Hong Kong Sevens website to find out upcoming dates and make sure you don’t miss this fabulous Hong Kong sporting event.

There is both a Dragon Boat Festival and a Dragon Boat Carnival.  The Festival is a one day event and there will be various races held around the city.  Stanley, Sai Kung, Sha Tin and Tai O all have their own races.  The Dragon Boat carnival is a larger event held in Victoria Harbour.  It lasts three whole days.  Three days of colourful competition set to the beat of a drum. 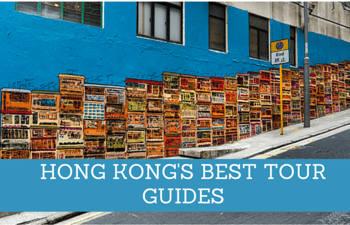 Yes, we have been voted one of Hong Kong’s best tour guides!  Hong Kong Greeters has been chosen by Hong Kong Hub as one of the best. Thanks so much Mawgan and Lindsey, to say that we are chuffed to bits is an understatement!

After all, Hong Kong Hub is a well regarded website.  Written in English, it’s a great place to go to find out what’s happening in Hong Kong.  They list many of the best things to see, do, eat and buy in this vibrant city.
The HK Hub

Have you got guests coming to town? Or do you just fancy getting out and exploring more of what Hong Kong has to offer? Here’s HK Hub’s guide to the Hong Kong’s best tour guides who will show you the hidden gems of this wonderful city!

We offer a wide range of tours to suit your time frame.  Our private walking tours are a fantastic way to get up close and personal with the city.  However, if you’re short on time or have accessibility issues, we also offer private car tours.  Our tours are customised and we can often combine popular Hong Kong sights with some of the lesser known and quirkier pockets of the city.  Alternatively, pop over to neighbouring Macau for one of our tours.  This former Portuguese colony has a completely different vibe to Hong Kong and is worth exploring in its own right.