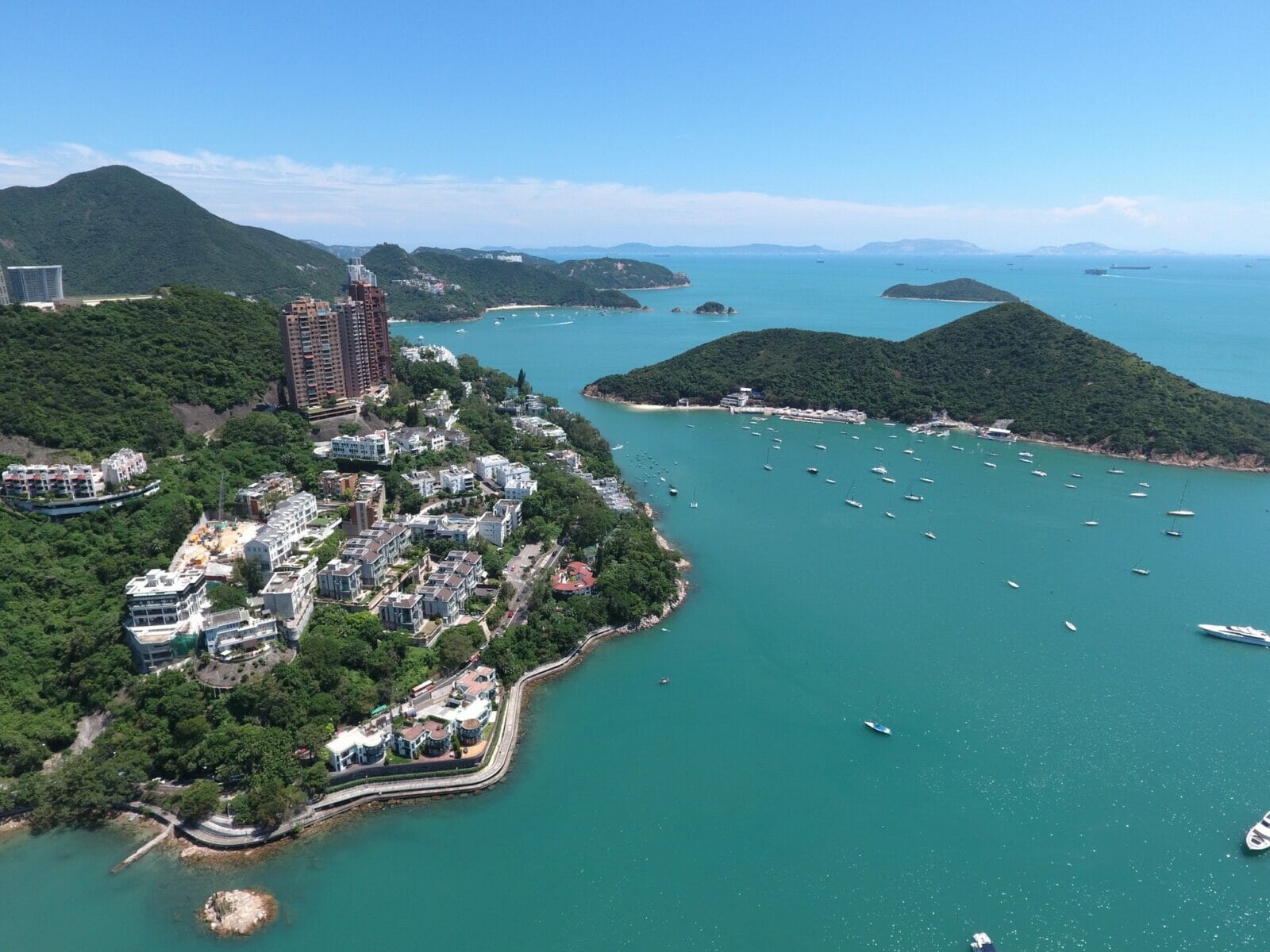 Known for its gorgeous sandy beach and fabulous, Millionaires Row housing, Repulse Bay is one of the best beaches on the Southside, and the place to be for a taste of Hong Kong’s high life. But away from the glitzy pads and luxury yachts, you’ll also find some truly fascinating history and vibrant Cantonese culture… along with plenty of delicious beachside eats. Read on for Hong Kong Greeters’ indispensable guide to Repulse Bay.

The source of Repulse Bay’s unusual English name remains a mystery; some say that it was a pirate enclave that was repulsed by the British Navy, while others claim that it was named after British military ship, the HMS Repulse. What we do know for sure is that the name’s earliest use can be traced back to 1845, when it appeared on a map of Hong Kong created by Lt TB Collinson.

The Bay’s reputation as a chichi day out was cemented with the opening of the Repulse Bay Hotel in the 1920s. Built by the Kadoorie family, the hotel has attracted A-listers such as Ernest Hemmingway, George Bernard Shaw and Marlon Brando over the years, and continues to draw visitors to its chic, shady verandas and lush lawns to this day.

Repulse Bay’s development as a high-end residential area began in earnest in the 1960s, and today it is known as one of the world’s priciest places to own a home districts, with notable local residents including Li Ka-shing, Nicholas Tse and Henry Cheng.

Repulse Bay beach was first made accessible to swimmers in 1910, when day-trippers could board a bus from Central to spend a day beside the sea. At 292 metres long, it is one of Hong Kong’s longest beaches, although, due to its popularity, it was artificially extended some years ago – look out for the coarser-textured sand closest to the shore, when compared to the finer grains further up the beach.

These days, beach-goers are spoiled for choice when it comes to enjoying a day out on Repulse Bay’s sandy shores. Arrive by bus, taxi or car – there’s ample parking at The Repulse Bay and Pulse complexes, or along Beach Road. Once you’re on the beach, you’ll find clean changing rooms with toilets and showers, along with playground equipment. If you’re early enough, you may be able to nab a shady spot under the trees – otherwise you may wish to bring a sunshade as there is no umbrella rental at the beach.

As with most of Hong Kong’s gazetted beaches, Repulse Bay is a safe spot for swimmers, with a lifeguard station that is manned throughout the April-October high season, and shark nets encasing the bay. Water quality can vary by season, so if you’re planning a paddle, do check the Environmental Protection Department’s water quality update before you visit.

Aside from dipping your toes in the South China Sea, Repulse Bay’s other must-visit attraction is the vibrant Lifeguards temple complex, which lies at the far southeast of the beach and pays tribute to Kwun Yam, the Goddess of Mercy. This Taoist and Buddhist shrine is notable for its riot of gorgeously primary-coloured statues of gods, mythical creatures and other deities, as well as its picturesque pagoda that juts into the sea – a favourite venue for many a happy couple’s pre-wedding photography. Don’t forget to cross the Longevity Bridge at the temple’s edge – it’s reputed that each crossing adds three days to your life!

As you explore, look out for the temple’s smallest – but arguably most important – statue. The God of Wealth is said to bring good fortune to those who rub his figurine. Another fortune-focused model is that of the leaping Fish of Prosperity – visitors throw money into his open mouth to guarantee auspicious times ahead.

Although Repulse Bay doesn’t offer the public barbecue pits that many of its neighbouring Southside beaches enjoy, there are no shortage of great places to refuel after a long day playing in the water.

The Pulse is Repulse Bay’s newest dining and shopping hub – the beachfront development was opened in 2014 and has quickly become one of the Bay’s major landmarks. You’ll find family-friendly beachfront dining at Classified, Amalfitana Pizzeria, Fratelli Pasta, Coffee Academics, Limewood, Meen and Rice, Sip Song and Shoku Japanese Grill, along with sweet treats from Häagen-Dazs. Also in The Pulse is a Marketplace supermarket that is perfect for picnickers, along with a selection of sports, family and lifestyle stores. The Pulse is also home to family members’ club Maggie and Rose – the club’s first Hong Kong outpost opened here in 2015 and continues to draw families from around the area with its selection of clubs, classes and kids’ activities.

More upscale dining options can be found just across the road at The Repulse Bay – now converted from a hotel into residential apartments. For afternoon tea with a view, it’s hard to beat The Verandah Restaurant, while Spices restaurant is renowned for its authentic Indian and East Asian dishes – those who enjoy a little heat with their meal should try the delicious Tom Yam soup!

Repulse Bay is an excellent option for a full family day out within easy striking distance of the city. From golden gods to sailing boats, sandy toes to millionaires’ mansions; those in the know head southside to Hong Kong’s very own beachside paradise.

Hong Kong Greeters offer private walking tours, groups tours, virtual tours and self-guided Hong Kong Quests. Please don’t hesitate to get in touch to see how we can help you enjoy our city.